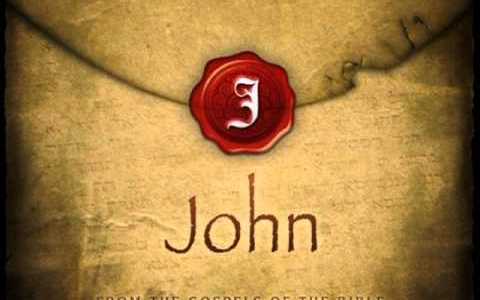 John 7:16 – 18  Jesus answered them, and said, My doctrine is not mine, but his that sent me. If any man will do his will, he shall know of the doctrine, whether it be of God, or whether I speak of myself. He that speaks of himself seeks his own glory: but he that seeks his glory that sent him, the same is true, and no unrighteousness is in him.

‘Know of the doctrine, whether it be of God, or whether I speak of myself’ The acid test of a true doctrine is whether or not it is scriptural; whether it makes men love God supremely and others as themselves; and whether it glorifies God and produces peace among men. He challenged His enemies to judge His doctrine on this basis. Most doctrine today is church doctrine and man-made and not scriptural at all, yet people still choose to follow those instead of searching the Scriptures for themselves (reading the Word).

‘He that speaks of himself seeks his own glory’ – an infallible rule that was given to us by Christ is that self-seekers’ will come in their own names creating their own ministries seeking their own glory and secular interests, the same as it was in Jesus’ time.

‘But he that seeks his glory that sent him, the same is true, and no unrighteousness is in him.’ Christ promoted the Father’s glory, induced men to serve Him, proposed nothing contrary to the Scripture or the fulfilment of it, and therefore was declared a true prophet. If we add to this the miraculous works confirming His divine mission, then we must accept the Messiah: Jesus Christ.

John 2:6-12  And there were set there six waterpots of stone, after the manner of the purifying of the Jews, containing two or three firkins apiece. Jesus saith unto them, Fill the waterpots with water. And they filled them up to the brim. And he saith unto them, Draw out now, and bear unto the governor of the feast. And they bare it. When the ruler of the feast had tasted the water that was made wine, and knew not whence it was: (but the servants which drew the water knew;) the governor of the feast called the bridegroom, And saith unto him, Every man at the beginning doth set forth good wine; and when men have well drunk, then that which is worse: but thou hast kept the good wine until now. This beginning of miracles did Jesus in Cana of Galilee, and manifested forth his glory; and his disciples believed on him. After this he went down to Capernaum, he, and his mother, and his brethren, and his disciples: and they continued there not many days.

The six waterpots of stone were proportioned to the number of wedding guests and each pot contained 122 litres an in total for the 6 pots there were 736 litres.  The ruler of the feast would have been either a chief guest, a friend of the bridegroom or a chief domestic who attended to the supply of the others.

“Every man at the beginning doth set forth good wine” This is man’s way. God’s way is to give the best first, and always, and when they have “drunk well” which means to drink freely, not when they are all drunk, as some suppose.

And with this wedding, the miracles of Jesus Christ on earth began, not as some apocryphal books state falsely that He did some childhood miracles.

The manifestation of His glory is the purpose of all miracles of God. Does God get more glory out of the weakness, helplessness, defeat, sin, sickness, and failure of His children than their power, victories, holiness, health, and success? Which then is the will of God?